Our architectural changes in the Middleware 1.3 allowed us to add an all-new Launcher to the Middleware. In addition to Windows and Linux machines, we now also support mobile devices running Android 7.0+! As mobile POS Systems are becoming more and more relevant, we consider this an important step to support our users in reaching new markets segments, and are proud to provide them a very similar user experience over as many platforms as possible.

Starting from today, an RC version of the Android Launcher can be downloaded on the Cashbox page of the Portal. The APK file can then be installed and provides a foreground service that hosts Queue and SCU packages via gRPC. This service can be started and stopped via intents and provides the same IPOS interface as Desktop Middleware instances do, hence re-using business logic should be fairly easy, especially if an implementation in an Android-compatible language exists (e.g. in Java).

While our goal always is to provide a equal user experience throughout all platforms, some limitations currently exist in the Android Launcher:

To give POS Creators an easy starting point, we implemented sample apps that use the Android Middleware in Xamarin and Java. They can be found in the middleware-demo-android repository, alongside a short quick start guide. 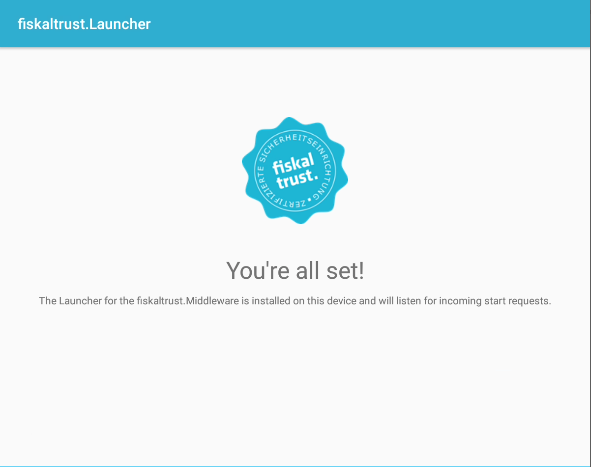 In addition to supporting SQLite and Microsoft's SQL Server via the Entity Framework Queue, we added an additional Queue package to connect the Middleware to MySQL databases. By supporting this Open Source database, we want to give our users the opportunity to run failsafe, scalable systems without additional database license costs.

Like our other storage providers, the MySQL queue can be seamlessly connected to existing MySQL databases, allowing users to re-use already existing IT infrastructure.

In our internal tests, we noticed that sending large amounts of parallel requests to the Middleware could lead to issues where receipts were not properly processed in the right order. We resolved this by making sure sequential processing is enforced at all times, according to the order the receipts arrive.

Existing configurations with versions greater than 1.3.1 continue to work, but we recommend updating, especially if the Middleware is used in a Multi-POS system scenario.

We will continue to enhance the data experience in the Middleware to be make sure to fulfill all audit requirements before September 30. This includes DSFinV-K and TAR file exports, both locally and from the data stored in our cloud platform. As we added all-new products and packages with this update, we would be especially happy to hear feedback and suggestions via feedback+middleware@fiskaltrust.cloud.