The main focus of this sprint was to further enhance the Portal's UI and UX, especially for large-scale rollout scenarios and general POS Dealer activities. In addition, we worked on improving the Android Launcher, which can now be downloaded more easily and will soon be rolled out to Google Play.

In a previous sprint, we announced the availability of the first preview version of our Android Middleware Launcher. In the last weeks, we increased our efforts in this area, and introduced several changes:

Finally, we are working hard on getting the Apps to the Play store as well, and are happy to announce that they currently are in public preview. The first production-ready version of the Android Launcher will be released in the next weeks. 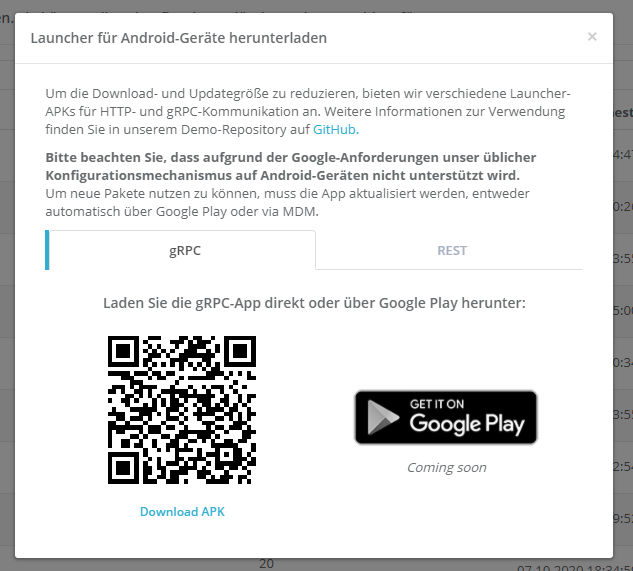 To simplify the creation of our newly added SCUs, we added configuration pages for ATrust, Epson and Deutsche Fiskal. This means that while creating one of these respective components, users are now prompted to enter the required configuration parameters.

When ordering these items via the shop, SCUs with the appropriate configuration are automatically created.

In a previous sprint, we introduced specific rules for the CashboxIdentification field, as it's used as the TSE client ID and therefore has to fulfill certain requirements defined by the hardware producers. To avoid the creation of non-supported values, we now also enforce these validation rules when users create templates.

Additionally, we make use of our new editor's capabilities to ensure that the entered templates are valid JSON documents. 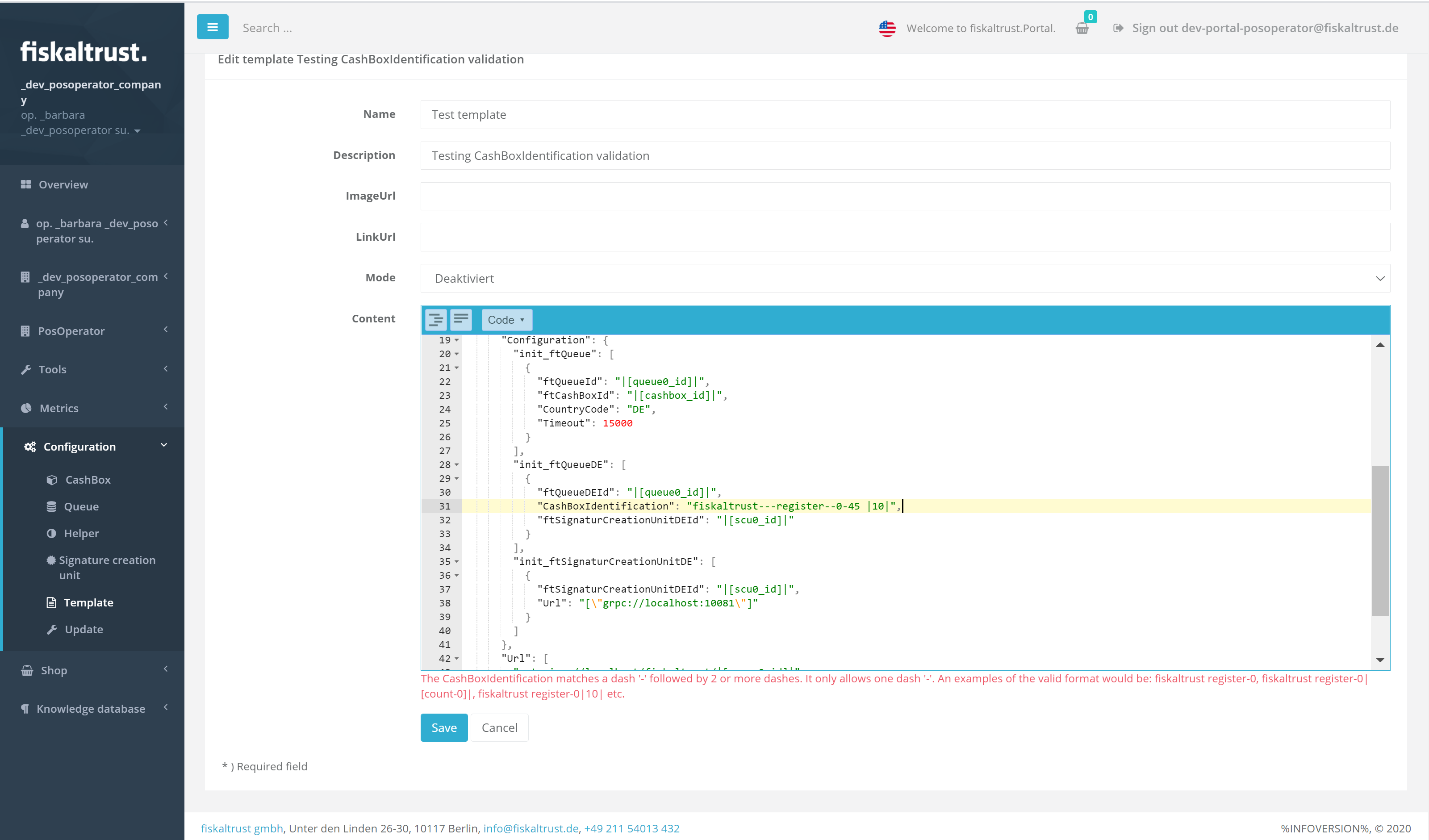 When selecting cashbox components in the list view, the filter that can be entered by the user was applied to SCUs and Helpers, but not to Queues. This issue was now resolved.

Previously, not all address fields were mandatory when creating outlets, which lead to hardware delivery issues because of incomplete addresses. This is now resolved, as all relevant parts of an outlet's address are marked as required fields now.

Additionally, a warning is displayed in the checkout process in case a non-complete shipping address (which was created before this fix) is used.

Further improve the registration and password reset flow (All markets)​

We added several new sub-pages to give our users more detailed information in case something went wrong during creating an account or resetting a password. Among others, this includes improved error messages in case users try to set a non-valid password.

In addition to this, we noticed that some special characters were not allowed in company names when inviting users (e.g. &), which is now not the case anymore.

In the next sprints, we will again focus on further improving the user experience in our Portal, mostly focused on an enhanced rollout experience.

We would love to hear what you think about these improvements and fixes. To get in touch, please reach out to feedback+portal@fiskaltrust.cloud.