The Middleware 1.3.4 properly handles the DSFinV-K relevant master data and appends it to daily closing receipts, so that it can be easily used when querying an export.

With the Middleware 1.3.4, master data (or Stammdaten in German) is now injected into the Middleware and stored within the daily closing receipts. This information includes:

If master data needs to be changed afterwards, the following steps need to be executed:

Summarized, it's only possible to change the master data information on a daily closing receipt, which is a legal requirement.

The picture below illustrates this flow: 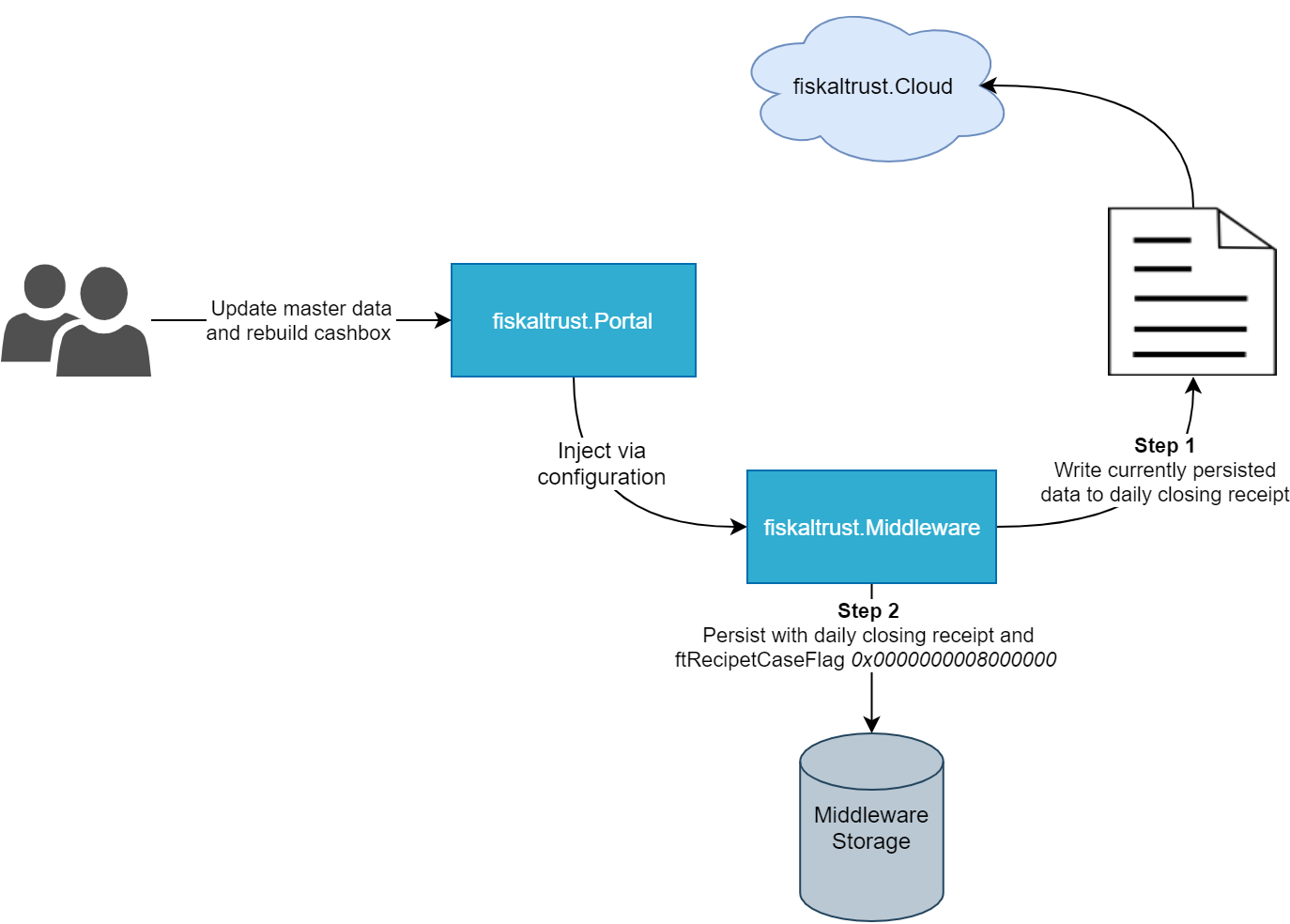 Additionally, we made sure to return all DSFinV-K relevant SignaturItems for all receipt types. This means that some items were added to zero-, info-order- and info-internal-receipts (these changes are non-breaking; only new items were added, existing ones were not modified).

We are working on publishing an official procedural documentation for the steps described above as well, which can be handed out to POS Operators to explain how this flow works and what needs to be done in case of an audit.

Aside from the changes made to support master data, we also introduced several stability improvements and fixed some bugs in this release:

The client packages were also updated in the C# demos to demonstrate the improved behavior.

More details on how to use these packages can be found on the project's GitHub page.

Existing configurations with versions greater than 1.3.1 continue to work, but we strongly recommend updating to this new version to make sure all legal requirements are fulfilled.

We will continue to enhance the data experience in the Middleware to be make sure to fulfill all audit requirements before September 30. This includes DSFinV-K and TAR file exports, both locally and from the data stored in our cloud platform. As always, we would be very happy to hear feedback and suggestions via feedback+middleware@fiskaltrust.cloud.